To make the magic of the Buffy / Unisystem work more like Harry Potter, we have made the following changes. 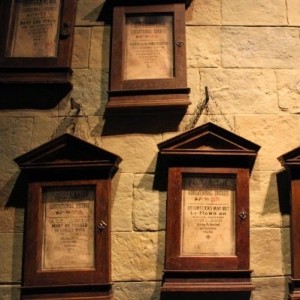 In this game we decided to limit the amount of spells each character knows to their Known Spells.  These spells are the ones your character has memorized and can cast in combat, or at anytime.  Your character knows Intelligence + Spellcraft number of spells.  A character can change what spells they know, but it takes time and research, typically between games.  This restriction does not apply to Level 1 spells.  Characters can know as many Level 1 spells as they want, but they do not automatically know all Level 1 spells.

Your Wand and You

Recovering from magic drain usually only takes a few hours of rest, or regenerates Willpower per hour.